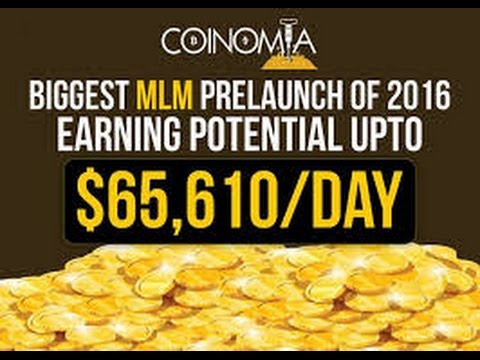 Ceterum censeo: In some yet undefined future - the halving must be removed. The question is not: if, but when (and how)

Bitcoin's mining ecosystem is saturated. Period.
The ASIC race has weakened as it has moved closer to the technological limits - achieving some kind of fragile balance. The best proof of this is Bitmain's search for new areas (vide: AI research)
After more than a decade, we are smarter than Satoshi at least in one area - we have the knowledge acquired over these more than ten years ...
"Bitcoin should have had a 0.1% or 1% monetary inflation tax to pay for security." (Peter Todd): https://www.google.com/search?q=peter+todd+inflation
If someone cannot accept the inevitability of this right now - let him think if he would change his mind while he sees the consecutive halvings - after which the network hashrate drops half by half - and does not return to the previous level, ever... (I suppose we can see that process in 4 years already...)
And the trigger could be like this (of course after general consensus):
That would be an "organoleptic" determination of the optimal inflation rate for the Bitcoin network - and there is simply no better way to determine it. Just don't belive such simplification, when is hard to find an optimum for something - the ultimate solution is zero. It's not.
Remember, that Bitcoin is not an entity detached from the reality. There are various limitations, e.g. nanometer-based technological processes limitations, there is a finite amount of cheap energy that can be obtained on a global scale, etc.) Bitcoin functions in certain realities - whether we like it or not.
Sooner or later the situation described above will get us. It is worth to be prepared mentally for it - and not to start another war, but rather discuss it calmly. If, for example, 90% of the community considers that something is necessary for the development of bitcoin - such a change will take place.
For example, the theoretical exchange of ECDSA due to the threat of quantum computers - acceptance would take place at an express rate. It will be similar in this matter. Just it shouldn't be too late for corrective action.
The small inflation rate, decreasing continuosly and slowly but never to zero, and last but not least: determined by reality - seems to be the most proper measure in this case.
Ceterum censeo...
EDIT: If:
a) tx fees are able to keep miners mining - perfect
b) miners are pushed out by consecutive halvings - not perfect
What I proposed is unbiased way for checking that (bitcoin ecosystem overall health):
if(current_network_hashrate < network_hashrate_4_years_ago) {
do_something();
}
else do_nothing();

Flatten the Curve. #18. The current cold war between China and America explained. And how China was behind the 2008 Wall Street financial Crash. World War 3 is coming.

Why UMI Will Not Fall Victim to Inflation: Dispelling Myths of “Deadly Issue”

Zhuoer Jiang: Talk about the difference between BTC, BCH and BSV

That time I nearly followed my younger brother's footsteps and almost OD'd on an Opioid/Benzo mix! Maybe not the most pleasant experience for one's body, but my mind got altered forever afterward! LONG ASS POST BUT A MUST READ!

Bitcoin 11 Years - Achievements, Lies, and Bullshit Claims So Far - Tooootally NOT a SCAM !!!!

That's right folks, it's that time again for the annual review of how Bitcoin is going: all of those claims, predictions, promises .... how many have turned out to be true, and how many are completely bogus ???
Please post / link this on Bitcoin (I am banned there for speaking the truth, so I cannot do it) ... because it'a way past time those poor clueless mushrooms were exposed to the truth.
Anyway, without further ado, I give you the Bitcoin's Achievements, Lies, and Bullshit Claims So Far ...
.
Bitcoin Achievements so far:
.
Correct Predictions:
.
Bitcoin Promises / Claims / Price Predictions that turned out to be lies and bullshit:
.
But it's NOT all bad news, some claims and promises are yet to be determined:

MinePeon: Open source and may need WinDisk32Imager.. EasyMiner: A GUI based miner for Windows, Linux and Android.EasyMiner acts as a convenient wrapper for the built in CG; BFGminer softwares. It auto configures your Bitcoin miners and provides performance graphs to for easy visualization of your Bitcoin mining activity. Tag: best bitcoin miner 2016. Bitcoin. 10 Best & Biggest Bitcoin Mining Pools 2018 (Comparison) Tayyab M-August 17, 2017 0. What is Bitcoin Mining As in our last post, we discussed 10 Best Mining Softwares, Now let's talk about "TOP 10 BITCOIN MINING POOLS". As the value... Bloomingdales Ghash.io was launched in July 2013 and in 2014 gained some notoriety through its success: In June, it briefly gained control of 51% of the entire bitcoin network.This majority control is arguably the biggest threat to bitcoin, and demonstrates the power of miners when they get too large — it could have rewritten the blockchain however it saw fit, potentially unstabilising the ... 3. Notable Mining Hardware Companies Bitmain Technologies. The most well-known mining hardware manufacturer around, Bitmain was founded in 2013 in China and today has offices in several countries around the world. The company developed the Antminer, a series of ASIC miners dedicated to mining cryptocurrencies such as Bitcoin, Litecoin, and Dash.. Bitmain is also in charge of two of the largest ... The first miner that was released using an ASIC chip was made by Bitmain in May 2016 in China. Even though it was designed to mine the Bitcoin, there were other SHA-256 coins that could be mined with it. ... T9 is yet another excellent best bitcoin miner 2020 on the list. It should, however, be pointed out that it is slightly on the higher ...